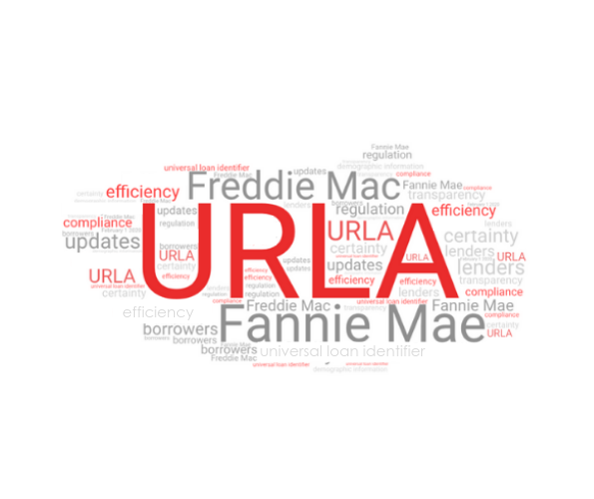 It has been four years since the Federal National Mortgage Association (“FNMA”) and Federal Home Loan Mortgage Corporation (“FHLMC”; collectively “the GSEs”) unveiled a completely revised version of their “Uniform Residential Loan Application” (FNMA Form 1003/FHLMC Form 65) and, after many postponements and revisions, the new version took effect Saturday (August 1, 2020) for select participants during a “Limited Production Period” (“LPP”). The road to production for this form has been long and tedious, but hopefully the destination will have been worth the journey.

The GSEs first revealed their new URLA on August 23, 2016. It was expected to be used on a permissible basis by the mortgage industry starting January 1, 2018 (with a mandatory-use date yet to be determined). The format and layout of the form was (and is) stylistically similar to that of the then-new Loan Estimate and Closing Disclosure required under Federal Regulation Z (12 C.F.R. §§ 1026.19[e] & [f], 1026.37, & 1026.38), which had become mandatory the previous October. Much to the delight of compliance officers, a clearer and more concise set of instructions were also published than the anemic set provided for the current, 2009-version of the URLA.

The Consumer Financial Protection Bureau (“CFPB”) quickly amended Federal Regulation B (12 C.F.R. Pt. 1002), adopting the new URLA as being an approved application form (see 81 FR 66930 [2016] and 82 FR 45680 [2017]) – a necessary step, especially within the context of amendments to Federal Regulation C (12 C.F.R. Pt. 1003), which required creditors to start collecting “disaggregate” categories of ethnic and racial information about the applicants. This information cannot be collected on the 2009-version of the URLA (except through the GSE’s “Demographics Addendum”), but can be collected on the new URLA (for details about this issue, see: https://compliance.docutech.com/2017/10/30/loan-applications-regulations-b-c-fnmafhlmc/).

A controversial issue with the new URLA was whether it should or should not include a “language preference” question, which applicants could use to indicate if their preferred language of communication is English, Chinese, Korean, Spanish, Tagalog, Vietnamese, or some other language. This revolved around the Federal Housing Finance Agency’s (“FHFA”) initiatives to accommodate borrowers with “Limited English Proficiency”

On September 26, 2017 – a little over two months before permissible-use of the new URLA would be permitted – the GSEs postponed such use until July 1, 2019, while also announcing that the mandatory-use of the new URLA would be sometime in February, 2020. This announcement was followed by one from the FHFA on October 20, 2017 announcing that they would be including the “language preference” question to the new, ClearMark Award-winning URLA.

Almost nine months later – and weeks before the July 1st permissible-use date – the GSEs announced, on June 12, 2019, that they were postponing such date. On August 8, 2019 the GSEs further announced that the mandatory-use date would also be postponed, due to changes being made to the new URLA (including the removal of the “language preference” question). The latest version of the URLA was published in October and, on December 18, 2019 the GSEs announced that the new permissible-use date would be September 1, 2020 and the new mandatory-use date would be November 1, 2020.

It only took four months for the GSEs to, once again, postpone these dates. On April 14, 2020 the GSE’s announced that the new permissible-use date would be January 1, 2021 and the new mandatory-use date would be March 1, 2021. This postponement was meant to provide “lenders and other stakeholders additional time to prepare and implement the redesigned URLA . . . and the updated automated underwriting system (AUS) data specifications (Freddie Mac Loan Product Advisor® v.5.0.06 and Fannie Mae Desktop Underwriter® (DU®) DU Specification MISMO V. 3.4) based on Mortgage Industry Standards Maintenance Organization (MISMO) v.3.4.”

Altogether, the roll-out of the new URLA has been postponed three times over the course of four years – and there is still the potential that it could be delayed again, depending on the success of the LPP, as well as outside factors (business complications caused by the COVID-19 Pandemic, perhaps?).

Two of these postponements were due to revisions to the form (including adding, and then removing, the “language preference” question). A comparison between the version originally published in August of 2016 against the current version shows subtle textual and format differences for the most part,[i] but there are three substantial changes:

The reasons for removing the “Language Preference” and “Homeownership Education and Housing Counseling” sections are explained by the GSEs in their “Uniform Residential Loan Application (URLA) / Uniform Loan Application Dataset (ULAD) FAQs” as follows:

“The Federal Housing Finance Agency (FHFA) determined that the redesigned URLA is not the appropriate vehicle to collect data on a borrower’s preferred language or information on housing counselling the borrower may have completed. The data collected on the URLA is based on two principles:

The latest announcements from the GSEs on the URLA (see FNMA LL-2020-10 and FHLMC Bulletin 2020-26) provide additional insight into how the new URLA should be used during the LPP. Only approved sellers to the GSEs who meet certain prerequisites may use this form. Use of legacy AUS formats during the LPP is permitted and loans in which the new URLA is used may be sold to another lender who is not an LPP participant.

These announcements also emphasize that the permissible- and mandatory-use dates are still January 1 and March 1, 2021, respectively (and applies to both automatically and manually underwritten loans). The fact that the LPP will commence this Saturday and has not been postponed is a positive sign that further postponements may be a thing of the past.

For more information on steps youcan take to be ready to implement the redesigned 1003, visit our online URLA resource center for continued updates and contact your loan origination service provider to arrange testing of the redesigned form.  To learn more, call us at 800.497.3584 or email us at support@docutech.com

[i] Details can be found in Appendix 1 of the October 23, 2019 announcement, available directly at: https://singlefamily.fanniemae.com/media/document/pdf/new-static-urla-published